About a month ago, I posted about using Nuklear GUI library in AquilaOS. We also have a video of NuklearUI with custom font, images and wallpaper. I have been trying to wrap my head around the code, understanding exactly how Nuklear works and how to convert it to client/server model instead of a single binary hosting all windows.

My first problem was how to integrate mouse & keyboard support into NuklearUI properly. In the first trials and the video shown above, the application simply reads (blocking I/O) from /dev/mouse and translates the packets at each iteration, but since the read was blocking, if the mouse doesn’t move (buffer empty) the screen is not redrawn. Later on I decided to use a seperate thread that reads from /dev/mouse and fills in an internal ring buffer, then the application would simply scan the ring buffer at each iteration and process input if any is available. I then used the same idea for keyboard, but instead of reading from /dev/kbd directly (and go through scancode translation and processing) I decided to simply read from stdin which is hooked to a terminal (we go into non-canonical mode and read input) the input is buffered to a ring just as in mouse. All in all, it works and here is an eye candy: 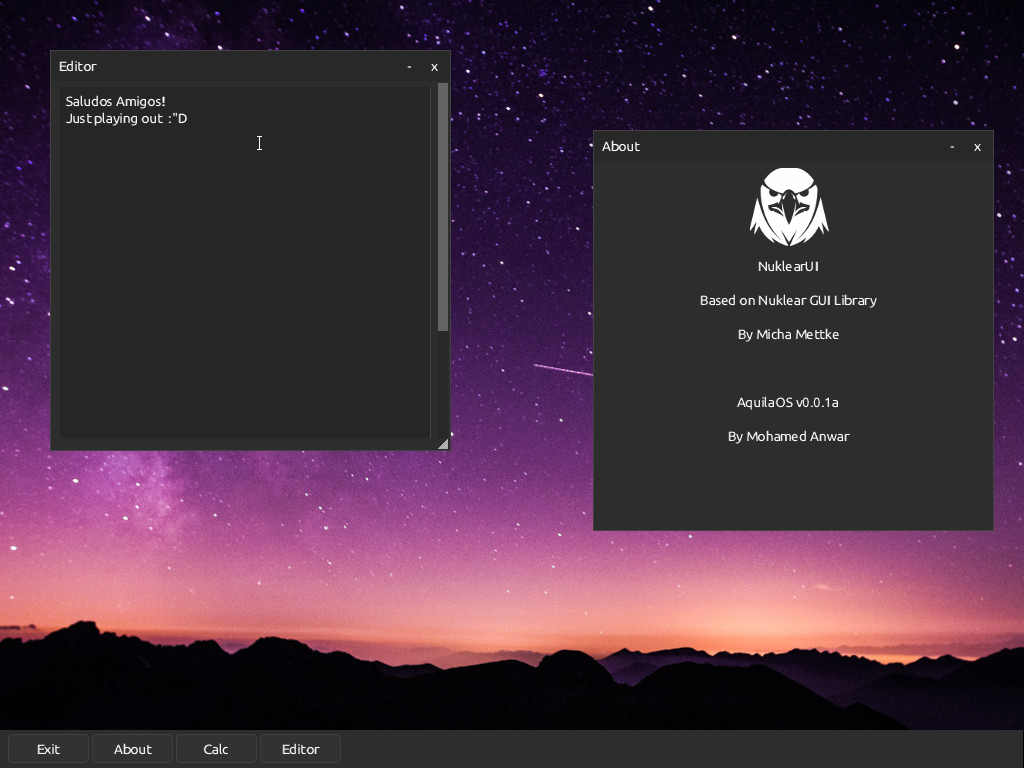 So we need a version of Nuklear that does compositing only. I stripped down Nuklear to the bare minimum required for compositing and window decorations (almost all widgets are removed) and used it to build a simple compositing application. In the application I created a simple window with no content, then I created a seperate Nuklear context and created a window in it that starts at the top left corner of the screen, has no borders or title bar and draws a single widget, a button. The context which has the window contents is then rendered to a back buffer and an nk_image is exported. The compositor would then render the nk_image inside the empty window created in it (using a custom command buffer command – it just copies the nk_image contents to the window buffer), and here is the result: 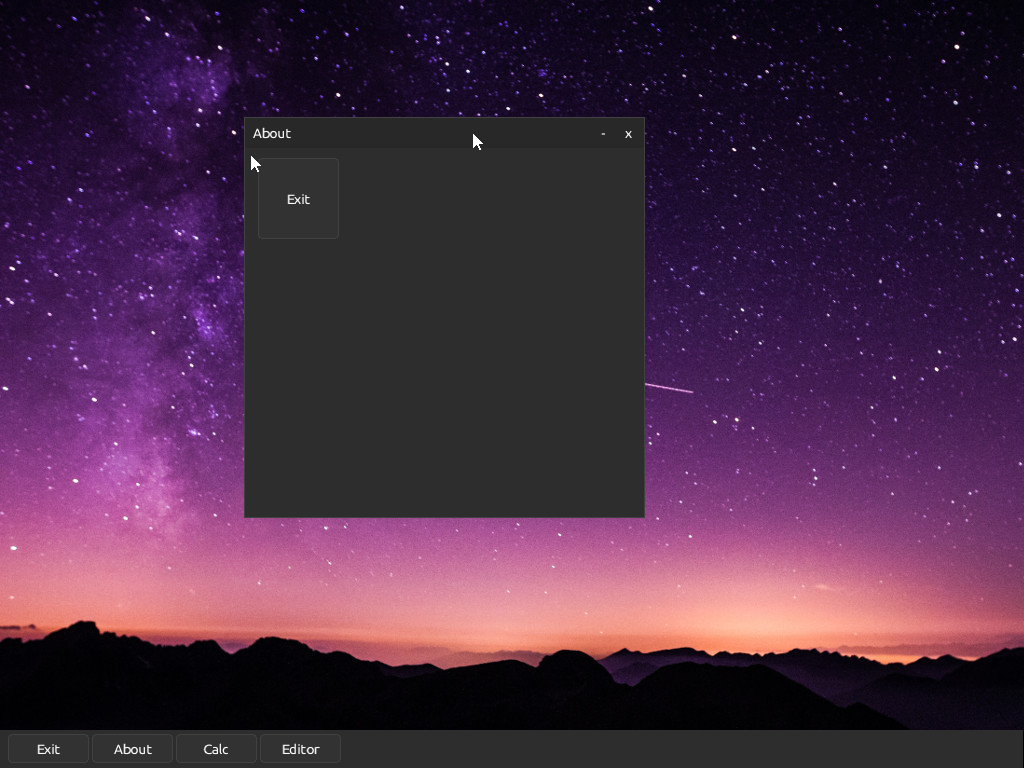 The first thing you would notice is the two cursors, this is because the contents of the window is an entirely seperate Nuklear context (which has its own cursor), this was easily solved by hiding the cursor. But that is not the major problem, now since we have two different contexts, we must find a way to send input relevant to window contents to the other context.

This is the part that need most attention to exactly how Nuklear works. Since the compositor keeps track of window position and bounds, we could easily check if mouse is in window region. Also we can check if window is active (by checking if its top-most window, i.e. window == ctx->end). We then get the bounds of the contents region (Nuklear people are generous enough to have a function for that) and then calculate the relative mouse offsets inside the window contents region. We then send the input event to the other context and make it redraw to back buffer. 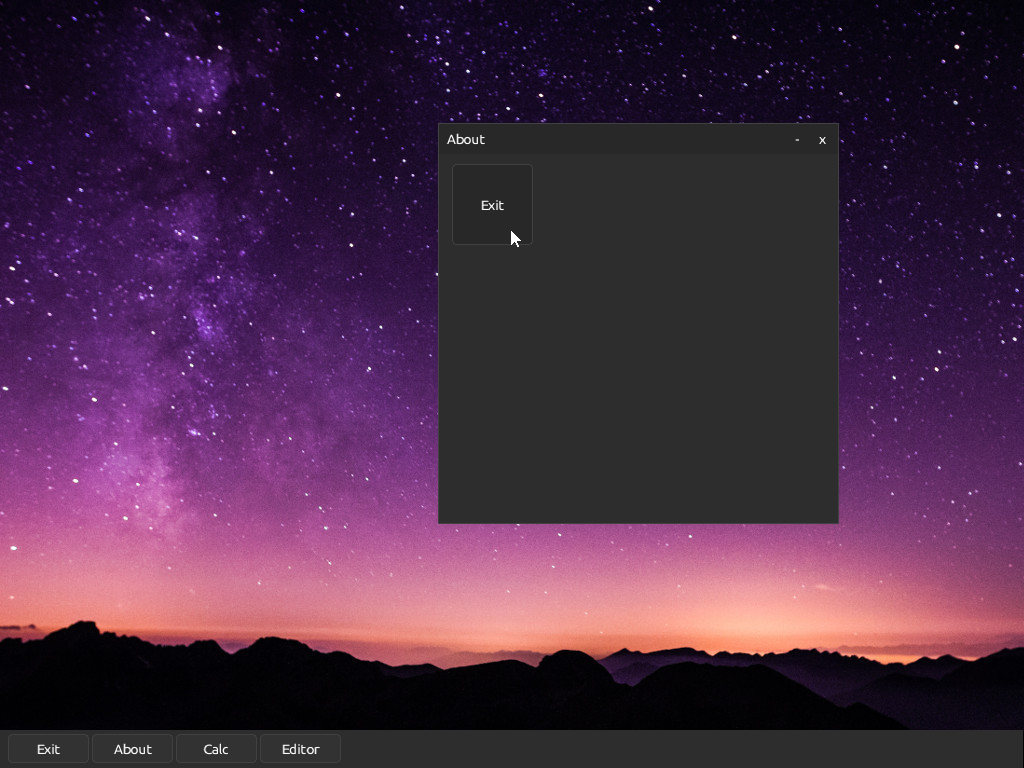 And since we also check if window is currently active, the input is only passed if the window actually has focus, so overlaying windows are handleled correctly, as shown. 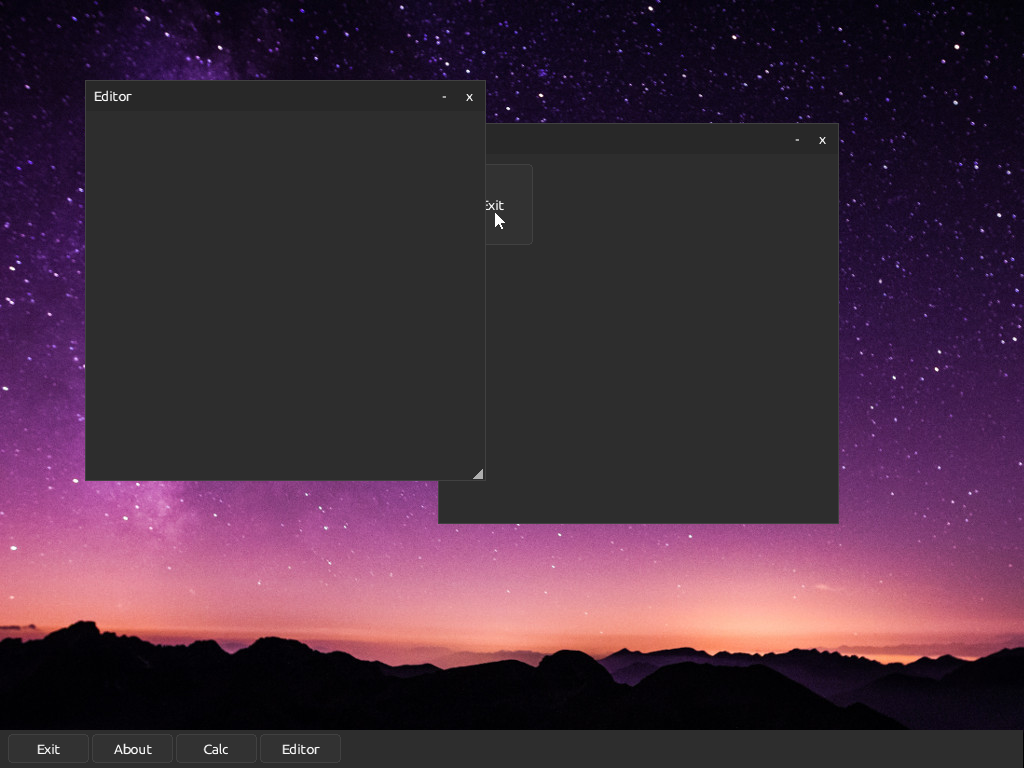 This is all for now, I can say that I believe this may actually work just fine. I still have to figure out many things but so far so good! Stay tuned for upcoming updates. Happy hacking ;)